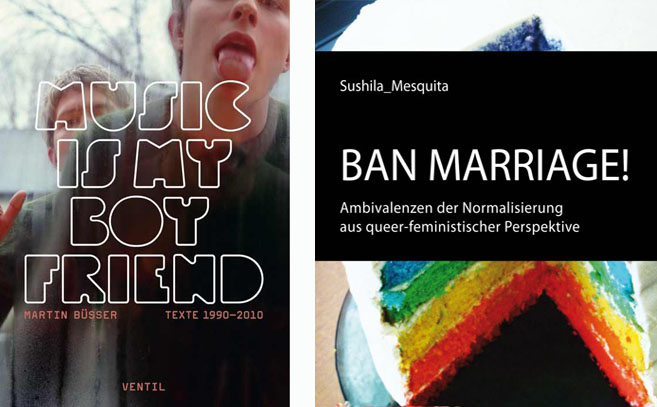 The Hidden Cameras are honoured to be the inspiration behind the titles of two recent German language books.

#1 “Music Is My Boyfriend: Texte 1990-2010” is a collection of music articles by the late and well-respected music journalist Martin Büsser. The book begins by quoting the classic Cameras’ song, “I found music and he found me, he kept me singing ‘til my dying day” and continues later with a chapter devoted to the band itself. The Hidden Cameras are pleased to be credited for the quotation (unlike those title stealing ho’s, CSS, Skye Sweetnan and the like.)
Publisher’s website